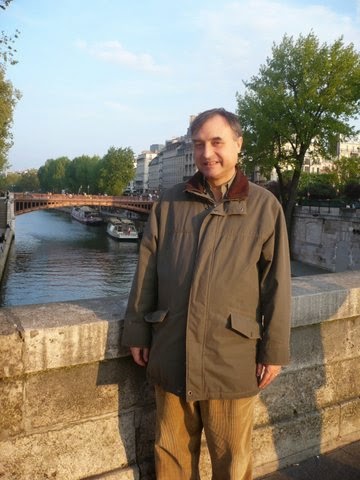 Felipe Tudela is a global investor, trader, author, and economic theorist who considers himself a world citizen and is passionate about showing people, families, and  countries how to escape poverty and take control of their destinies.


Considered by many to be one of the most innovative technical analysts, he has invented and discovered unique trading and investment methods, and his knowledge has been sought by major financial institutions around the world, including the Bank of France, the Société Générale Asset Management (SGAM), the French Association of Technical Analysis (AFATE), the London Society of Technical Analysis, the FOW group, and many others.

He is the author of The Secret Code of Japanese Candlesticks (John Wiley & Sons, Ltd, 2008), a book that explains his discovery of the original way to trade Japanese candlesticks and their use in conjunction with Sokyu Honma’s five Sakata methods. He is the creator of the Triads, a market model that enables the user to analyze market behavior without many of the inconveniences of normal distribution-based indicators, thus avoiding many of their false signals. His book, Trading Triads, Unlocking the Secrets of Market Structure and Trading in Any Market (John Wiley & Sons, Ltd, 2010), explains his Triads market model.

Felipe is both an investor and a researcher. He has recently discovered a formula that is behind the wealth and poverty of nations and individuals. This is a problem he has been studying for over ten years as he studied the global markets, travelled the world, and invested in businesses and projects on three continents. His formula results from his studying the philosophy, history, mathematics, economics, and finance behind the creation of value and wealth, coupled with his market experience and the direct observation of the countries he visited.

Between his experience as an investor and his work as an author, researcher, and lecturer, Felipe has learned that the same principles that make some countries rich also apply to individuals.
The idea for his formula was inspired by his lectures on digital money for the Bank of France and an article, “The Fourth Monetary Revolution,” which he wrote for a major French periodical, the prestigious Revue des Deux Mondes. Because of his exceptional professional experience and knowledge, Felipe is more committed than ever to helping countries and their hard working individuals learn how to unlock the secrets of wealth and investment success.

When he is not working, Felipe enjoys being with his family, reading, playing and studying chess, and walking in nature. He feeds his reading addiction with a personal library of over 11,000 books. He uses the strategies and principles of chess to guide his life. Felipe finds a long walk to be one of the best ways to get back in touch with both nature and himself.
Email ThisBlogThis!Share to TwitterShare to FacebookShare to Pinterest
Home